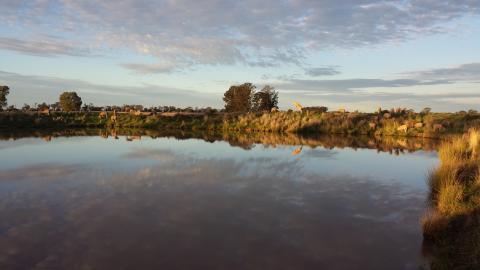 Many studs use inbreeding (Line breeding) as a means of increasing the frequency of favorable genes and locking in a type. But this type of breeding comes at a cost. The two main drawbacks of inbreeding are the reduction of genetic variation and a decline in performance of traits linked to fitness known as inbreeding depression.

Variation in a flock is one of the key factors influencing the speed of genetic gain. The more genetic variation a trait has the larger the selection differential and the faster the gain. This is usually where some one will point out that two much variation is a bad thing (e.g. the variation in micron when trying to put together a wool clip for sale). But it must be kept in mind that we are talking about genetic variation, not the phenotypic (the full range of measurements from a drop of animals) variation. For example Fiber Diameter at Centre Plus has a heritability of 0.67 [2], which means that genes contribute 67% of the observed variation and environmental factors make up the rest. Influencing the genetic variation does not mean a large change in actual variation particularly with traits with a low heritability like Greasy fleece weight at 0.34 [2].

“Inbreeding depression is thought to be the result of an increase in frequency of recessive genes which adversely affect those characters associated with survival and overall fitness” [1].

Some examples and effects of every 1% increase in inbreeding.