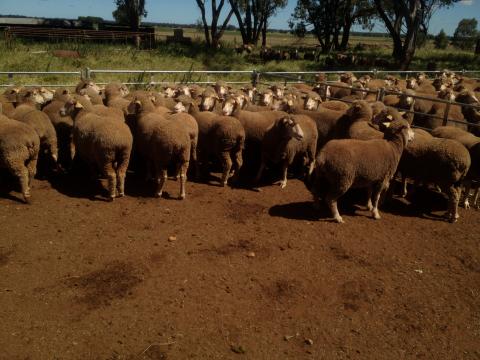 PHILOSOPHY on the value of COMPARISON TRIALS

General Articles
Any trial or comparison of breeds or strains, merely measures the interaction between the environment and the genotype of the animal.
Under favourable conditions where animals are under little or no stress, they should theoretically express their full genetic potential.
As they move into minor degrees of stress, then there is a shift away from the full genetic expression for production to a situation where part of the animals genetic make-up is being asked to express its potential for "resistance to stress".

If selection is carried out under severe levels of stress, then we select animals for resistance to stress, or in other words ADAPTABILITY.

The "cost" of selection for adaptability may be considerable loss in production potential.

Hence trials measure a compromise between how much stress the flock is subjected to and how much room there is for production potential to be expressed.

The results of a trial ONLY MEASURES THE PARAMETERS FOR THAT GIVEN ENVIRONMENT.

"It can not be extrapolated to other sites or other sets of variables - it is only valid for that particular site under those particular conditions laid out in that actual trial.

One relies on this "degree of compromise" with ewes and rams.

Only be isolating (annually) those animals that do maximize this degree of compromise, and putting them all together in a roughly average micro-environment and then allowing them to inter-change their acquired attributes ( of both production potential, and adaptability ) can we hope to go on and on producing better and better animals which can perform in a wide range of environments and seasons.

I believe, given time, one can produce a merino sheep that can give increased economic returns wherever it is asked to perform.