In the study six breed types of ewes were joined to terminal sires, either White Suffolk or Poll Dorset for five years; their first joining was as ewe lambs. The ewe breed types were:

The ewes were run together as one mob except at lambing. The results presented in the tables only cover the four adult years. The first year joining as ewe lambs occurred only seven weeks after their arrival on the Elmore Field Days farm and their body weights and age were the main reasons for the breed differences. Lambing percentages, lamb growth, and wool are all highly relevant to improving profitability, but no single ewe type exceled in all compartments.

Prime lambs from the specialist dual purpose merinoewes - Leahcim and Centre Plus; reached the same market weight as lambs from the Border Leicester x Merino ewes on the date of the first lamb sale.  They were also only 1.6 kg lighter than the lambs from the Composite ewes.

The three Merino types had the greatest wool returns whereas the crossbreds had the greatest lamb returns, see table. When wool and meat were combined, the differences between the crossbreds and merinos were, on average, quite close.  However, average returns of merinos or crossbreds per ewe are a gross simplification; there are differences within the two types.  Feed intake differences must also be taken into account as higher numbers of lambs reared and heavier ewes need more feed. However indications are that dual purpose Merinos with good wool, reproduction and lamb growth are likely to be the most profitable alternative in this Elmore environment. Northern Victoria is highly suited to merino sheep; there were no worm or feet problems at Elmore; the results may be different in wetter climates more suited to cross bred types.  Whole flock systems analyses using models such as GrassGro are needed to fully investigate whole farm profitability.

The full results are available from kieran.ransom@bigpond.com or the Elmore Field Days.  The 36 page report gives the full details.

This project was funded and conducted by the Elmore Field Days Inc. together with The Campaspe Prime Lamb Producers Group with professional help from three organisations and six product support sponsors. 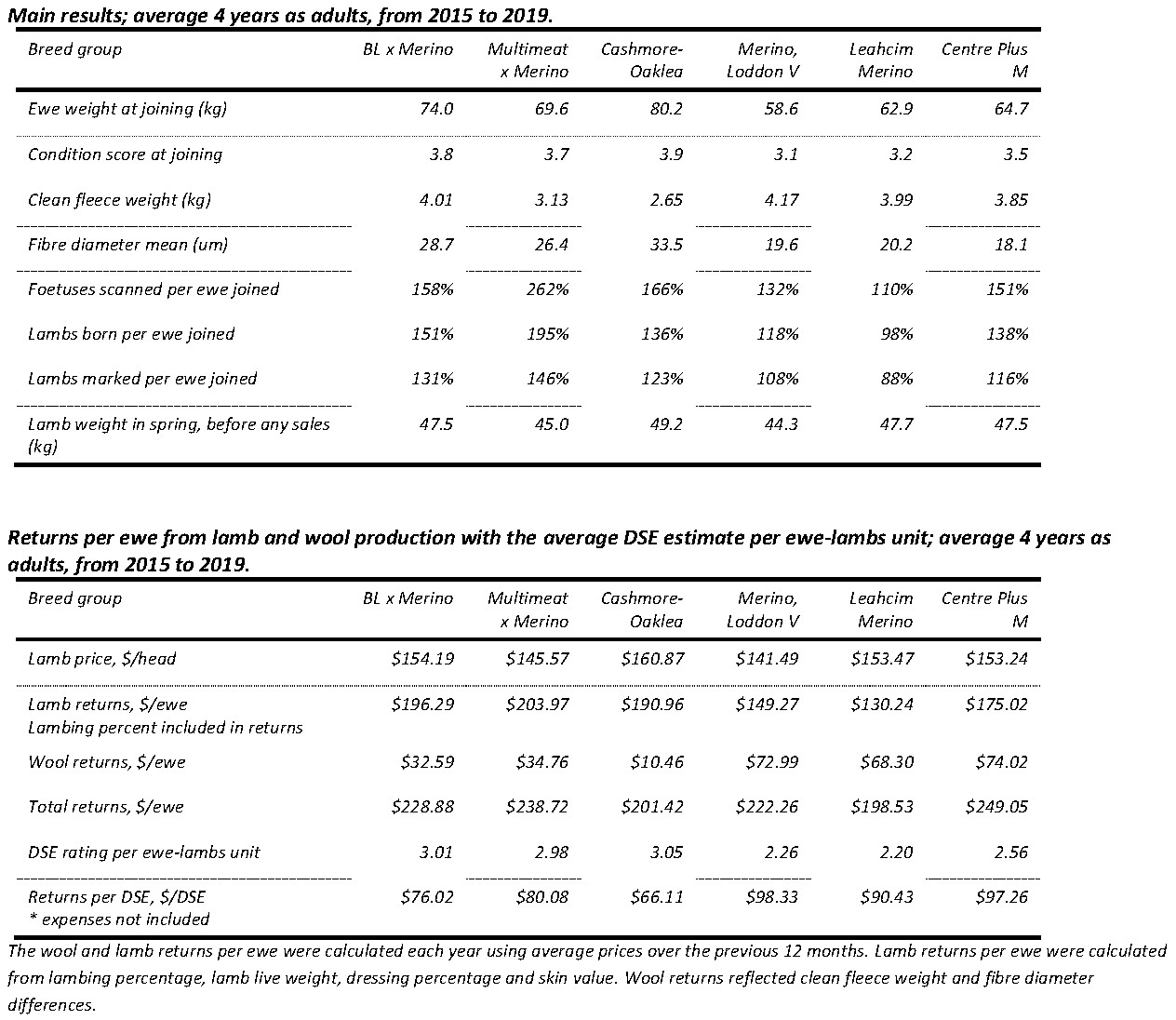